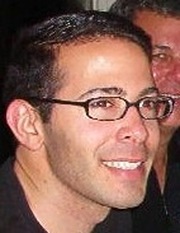 Largely influenced by Jerry Goldsmith and John Williams, Andrew is predominately an orchestral composer whose scores can be categorized by the frequent use of song-like melody.