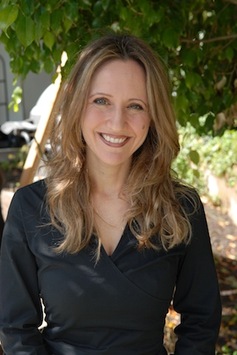 Sharon Farber-Award winning Composer Sharon Farber, originally from Israel, has earned critical acclaim as a composer in the concert world as well as that of film and TV. She combines musical influences from her Middle Eastern heritage with her extensive knowledge of Classical and Western music.

A graduate of the prestigious Berklee College Of Music, Ms. Farber moved to Los Angeles to begin her professional career in 1997. In the film and TV industry, she has been working with NBC, CBS, Showtime and WB as well as writing music for features films. Ms. Farber won the Telly Award for best score for her music to the docudrama series California 2000 and her orchestral score for the film When Nietzsche Wept was released commercially, now available on Amazon.com and iTunes. She has recently completed the score to the documentary film Unmasked-Judeophobia, and she is also gearing up to score three feature films next year.

Ms. Farber has been writing concert and chorale music in addition to her film-scoring career and has many national and international premiers and performances to her credit. To name a few: The Third Mother/ Mothers’ Lament, which was world premiered by the Los Angeles Master Chorale, ASHKINA, for mixed choir, chamber ensemble and Ethnic Instruments, Translucent Rocks, commissioned and premiered by the Israeli Chamber Orchestra, chorale works, song cycles, and many more.